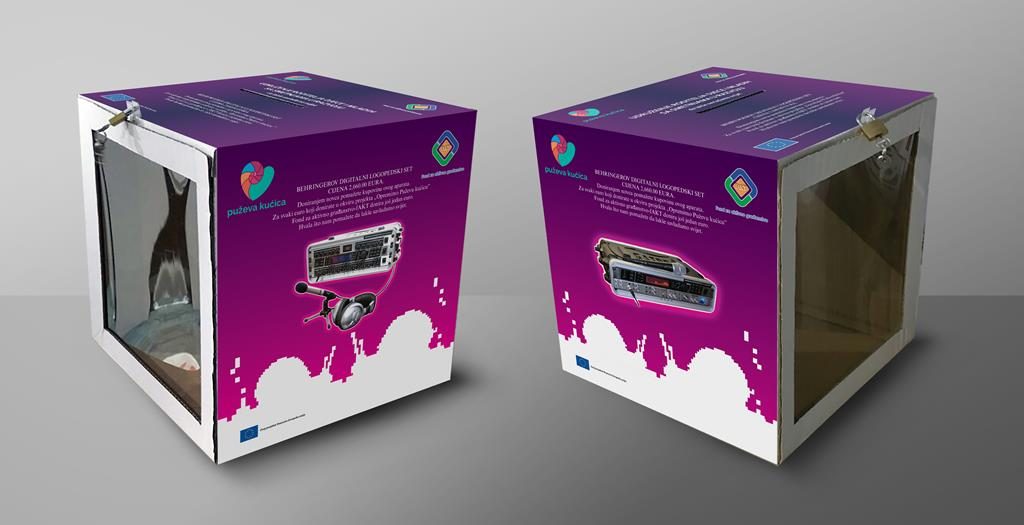 Association of Parents of Children and Youth with Disabilities “Snail Shell” Budva was founded on 7th February 2013. on the initiative of parents of eight children with disabilities from Budva.

Main objective of the organization is support and assistance to children and youth with disabilities and protection against all kinds of discrimination.

The project “Let’s Arrange Snail Shell” is to improve support services for children and youth with disabilities and strengthen the technical capacity of the Association.

They are ready to help concrete actions that have a clear goal, a clearly defined target group and that are transparent.

Another outstanding accomplishment of “Puzeva kucica” (Snail Shell). Association had fundraising target of €1.335 – which they fundraised in the first couple of months (and which fAKT matched in the same amount); after this period, they fundraised additional €5.573 from companies and citizens. Furthermore, during project implementation, when they became much more visible and supported by the community, local municipality granted free space to the organization, in TQ Plaza business and shopping centre in Budva – which is of vital importance for their sustainability.