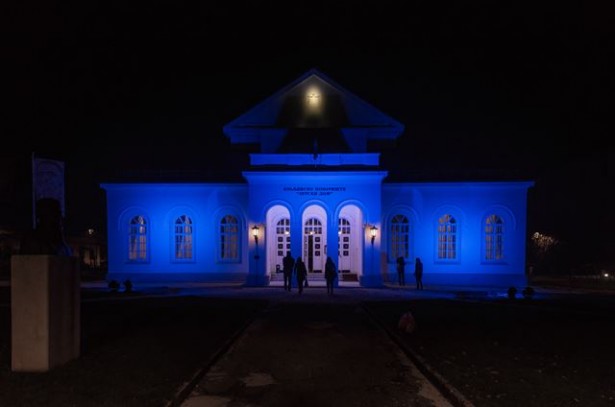 Held on December 4th, at the Royal Theater “Zetski Dom” in Cetinje, the 7th annual ceremony honored outstanding philanthropic achievements, recognizing and paying tribute to the individuals, businesses, diaspora and non-profit organizations whose contributions improve the quality of our lives, our communities, and our country.

All 150 seats at the ”Zetski Dom“ were taken („dom“ means ”home” and it became ISKRA’s home, as we like to call it…), and the ceremony was again the most emotional and fulfilling event that the Fund for Active Citizenship hosts each year. 150 guests, coming from all walks of life: from small CSOs and community leaders, to media, businesses, corporations, ministiries and diplomatic missions – all celebrating commitment to the common good, honoring those who make a difference.

In addition to ISKRA awards for individual, corporate and diaspora philanthropy, and special award for life-time contribution (a posthumous award), four ISKRA special recognitions were awarded: for community development, citizen contribution, solidarity, and corporate contribution. Additionally, we all paid tribute to five businesses, one NGO and one daily newspaper for their contribution to the common good, thus responding to a number of great nominees this year, all deserving of public recognition for their achievements.

ISKRA award ceremony is organized in partnership with the national Chamber of Commerce, the Ministry for Sustainable Development and the Directorate for Diaspora, and supported by a number of friends of ISKRA, as we call all those who believe in our mission and importance of philanthropy promotion and development. And they are many: from our strategic donors and supporters – the Charles Stewart Mott Foundation and the Rockefeller Brothers Fund, from the European Union as one of our major donors in the last two years, to those who lend a helping hand in organizing this great event: the City of Cetinje and its Mayor, whose opening speech has become a tradition; the Royal Theater “Zetski Dom”, whose staff spend hours and hours with us, volunteering their time with joy each year, to a number of media, which show increasing interest in being there with us, and in spreading the word about ISKRA. ISKRA – “sparkle”, that you can “get even from a stone”…